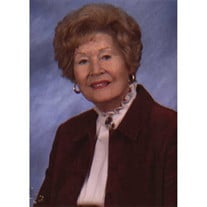 Catherine “Cay” Dorothy Scobie Dross, 83, of Skaneateles, NY passed away at her lake home surrounded by her loving family on Wednesday April 19, 2006. She was born in Canon City, CO on May 17, 1922 to Clella Estella Weed and Walker Scobie and graduated from Lomira High School in Lomira, WI in 1940. She worked as a secretary at the University of Wisconsin at Madison until 1943 when she met and married Cornelius William Dross, DDS on December 25, 1943. They moved to Boca Raton, FL where her husband served in the Army Air Corps during WWII. In 1945 they moved to Hawthorne, NJ, established a dental practice, and raised three sons. She was an active member in the Order of the Eastern Star, an artist who studied under Helen VanWyke and an avid golfer. Catherine and her family resided in Ridgewood, NJ, before retiring to Pompano Beach, FL and Skaneateles, NY. She was member of the Sea Grape Garden Club of Pompano Beach and a life member of the Opus Society of the Philharmonic, serving as president from 1979-1981. She was a member of both the Fontenada and Colonel Bigelow Lawrence Chapters of the Daughters of the American Revolution. Cay was a member of the First Presbyterian Church, Presbyterian Women, Seniors of Skaneateles and an active volunteer for the Ecumenical Food Pantry and F.I.S.H. She was predeceased by her husband Cornelius William Dross, DDS October 28, 2000. She is survived three sons; Harry J. Dross and wife Karen of Syracuse, NY, William R. Dross and wife Betty of Meadville, PA and Walker S. Dross of Skaneateles, NY; her sister Doris Behling of Tucson, AZ; four grandchildren, William R. Dross Jr., Cochranton, PA, Christopher R. Dross, Linesville, PA, Robert A. Dross, Troy, NY, and Sandra E. Dross, Seattle, WA; two great-granddaughters, Elizabeth Dross and Cassandra Dross, as well as several nieces and nephews. A celebration of Cay’s life will be held on May 6th at 11:00 am at the First Presbyterian Church, 97 East Genesee Street, Skaneateles, NY 13152. Burial will be held in Laurel Grove Cemetery, Totowa, NJ. In lieu of flowers, contributions may be made to the First Presbyterian Church, or Hospice of Central New York, 990 7th North Street, Liverpool, NY 13088. Arrangements by B.L. Bush & Sons Funeral Home, 10 Genesee Street, Camillus. Please sign her guestbook at www.BLBUSH.com

The family of Catherine (Scobie) Dross created this Life Tributes page to make it easy to share your memories.

Send flowers to the Dross family.