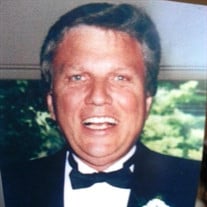 Everett L. (Abe) Campbell, 76 of Jamesville, NY passed away suddenly on Monday Born in Syracuse he was the son of Charles LeRoy and Jane A. Campbell of Camillus who predeceased him, along with his first wife Linda M. Nodecker Campbell and his sister Dorothy Campbell Keefe. Abe was raised in Split Rock and shortly after graduating from West Genesee High School began what would become a long-term association with the Teamsters Union. Abe was a driver with several local freight carriers and went to work at Mushroom Transportation in November 1964. Throughout his tenure at Mushroom, Abe served many years as a Union Steward and then, in January of 1972 became a Trustee of Teamsters Local 317. After serving in that capacity for two years, Abe was appointed as a Business Agent for the Freight Division in July of 1974 and in January of 1981 took over the duties of Secretary-Treasurer and Principal Executive Officer. He served in that capacity until his retirement on July 1, 1997 At various times, Abe has served as Chairman for the Local 317 Truck Drivers and Helpers Welfare Fund, as a Trustee for the New York State Teamsters Council Health and Hospital Fund, as Chairman of the New York State Teamster Joint Council 18 Freight Division and as a Vice President of the New York State Teamsters Joint Council 18. During his tenure at Local 317, Abe also served on various committees for the International Brotherhood of Teamsters and the Eastern Region of Teamsters and was heavily involved in all Freight Division activities. Throughout the years, Abe not only strove to protect the rights of the members, but also to improve their standard of living. In retirement, Abe enjoyed bartending at Orchard Vali Country Club in LaFayette. In his spare time, Abe enjoyed the company of good friends and family. He also enjoyed golfing, fishing trips and hunting excursions. Abe lived life to the fullest and he lived life the way he wanted. He will be greatly missed by many. He is survived by his companion and friend Nancy Case of LaFayette; four children, Scott W. Campbell of Camillus, Andre C. Campbell (Christine) of Brewerton, Jerald E. Campbell (Christine) of Liverpool and Jill M. Stevens (Eric) of Camillus; seven grandchildren Daniel Everett, Melissa Catherine, Nathan Scott, Dean William, William Everett Campbell and Emily Mae and Matthew James Stevens; one great grandchild Skylar A. Sherman; a sister Carol Stevens of Cicero; a brother Richard G. Campbell of Tully. Calling hours are Friday 2 to 5 pm at B.L. Bush and Sons, 10 Genesee (Main) St, in village of Camillus. Services will be Saturday at 10:30 am at the funeral home in Camillus and immediately following the services, please join our family in a celebration of his life and friendships at Orchard Vali County Club, 4693 Route 20, Lafayette. In lieu of flowers please consider donations to SPCA of CNY, 5878 E. Molloy Road, Syracuse, NY 13211. Please sign the guestbook www.BLBUSH.com

Everett L. (Abe) Campbell, 76 of Jamesville, NY passed away suddenly on Monday Born in Syracuse he was the son of Charles LeRoy and Jane A. Campbell of Camillus who predeceased him, along with his first wife Linda M. Nodecker Campbell and his... View Obituary & Service Information

The family of Everett L. Campbell created this Life Tributes page to make it easy to share your memories.

Send flowers to the Campbell family.