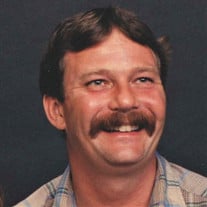 Gary S. Wilson, 68, of Skaneateles passed away unexpectedly on Sunday at Auburn Community Hospital. Born in Auburn, he grew up in Elbridge and graduated from Jordan-Elbridge in 1969. From an early age he was instilled with hard work at his parents’ Hardware store but loved hunting and fishing on his days off. He was an accomplished competitor on the J-E rifle team. He was an avid sportsman pursuing fishing and bird hunting with his many dogs, since High school. He was a member of Ruffed Goose Society and American Woodcock Society. He was an important member of the family business, Chuck’s Radiator, repairing small to oversized heavy duty radiators, where he gained valuable skills working with metal, which he would use for rest of his life. He put many miles in cross country skiing and rock climbed for fun. Gary was office manager for West Lake Conservators supporting his wife’s preservation practice for several years during his career evolution. His love of animals and natural ability with dogs evolved to include horses with his wife. This led him to become a certified Farrier, after traveling as an apprentice and completing the program at Cornell University. He would come to specialize in Shoeing for Polo and Hunter Jumper horses. His truck with forge became his home office, only complete with one of the many dogs he had over the years. In the winters, he spent time working in Florida at the Gulf Stream Polo Club and West Palm Beach Polo Club, where royalty and celebrities would gather for matches and the sunshine. He played with horses too. He joined his wife riding to the hounds with the Limestone Hunt Club and competitive trail riding, where he successfully finished The Brookfield, NYS 100 mile ride, winning the heavy weight division. He was a riding member of Skaneateles Polo Club. Another passion he had was Scuba Driving and both he and his wife were members of Auburn Skin Divers Association for many years. He was predeceased by his father L. Burton in 1995 and his mother Pollyann S. in 2007 He is survived by his wife of 35 years Susan Blakney; a daughter Jessica B. (Jason) Howard; a son Liam B. Wilson; a sister Melanie W. (Stephen) Avery; two brothers, Eric S. (Bonnie) Wilson and Richard B. (Nancy) Wilson; two grandchildren Kaolin and Edan; a niece Melina, five nieces and nephews and several great nieces and nephews. In spirit of Gary’s informal nature, the family invites all that are able, to stop down by car or boat to their camp “The Woodlot”, to celebrate his life and an opportunity to share some stories. Monday, Sept. 2 from 1 to 7 pm. Midafternoon, a firing of his replica cannon is planned. A private service and burial was held in Lakeview Cemetery Skaneateles. Contributions in his memory can be made to help his four-legged friends which he spent so much time with over the years. Humane CNY, 6801 Kinne St, East Syracuse, NY 13057 http://www.humanecny.org/donate/ or SPCA of CNY, 5878 E Molloy Rd, Syracuse, NY 13211. http://cnyspca.org/donate/ Arrangements by B.L. Bush & Sons Funeral Home. Please sign his guestbook at www.BLBUSH.com

Gary S. Wilson, 68, of Skaneateles passed away unexpectedly on Sunday at Auburn Community Hospital. Born in Auburn, he grew up in Elbridge and graduated from Jordan-Elbridge in 1969. From an early age he was instilled with hard work at his... View Obituary & Service Information

The family of Gary S. Wilson created this Life Tributes page to make it easy to share your memories.

Gary S. Wilson, 68, of Skaneateles passed away unexpectedly on...