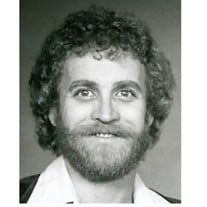 Richard W. “Fuzz” Teigen, 69, of Camillus peacefully passed away on Saturday at home with his wife and daughter at his side. Born to Henry and Alice (Hurst) Teigen in the Coco Solo Canal Zone, Panama; he grew up in Colorado where he graduated in 1970 from Cañon City High School and attended some college. He served in the Army as a mechanic. Two of Fuzz’s passions were music and cars. He was an ASE certified mechanic, working on cars for 50 years and always had his own shop. His two favorites were his 1970 Ford Ranchero (with his Christie in the front seat saying “Go faster, Da”) and the 1967 Oldsmobile Cutlass convertible (which the family drove cross country when they moved to New York). He played his bass guitar for decades with a variety of bands from country to rock n roll. Fuzz toured from California to New York, with the Gage Twins, the Mountain Dreamers and Fat City to name a few. Fuzz met his wife, Susan Wilder in Pueblo, CO in August of 1977. They had an amazing first year together: the Yankees won the World Series, moved to Denver for new jobs, the Broncos went to the Super Bowl for the first time (and lost), so they finished the day at the Kansas concert. They were married on July 4, 1981 at Sue’s parents camp on Sandy Pond, NY. In July, 1986, they were blessed with the birth of their beloved daughter, Christie. She brought incredible joy to his life. The family moved to Syracuse in 1990 and into the house where Sue grew up. Summers were spent at camp surrounded by family. Richard was predeceased by his father, Henry, his mother, A. Elizabeth (Liz) and his brother, John. He is survived by his wife, Susan Wilder; his daughter Christie Teigen of Honolulu, HI; two brothers Henry (Martha) Teigen of Denver, CO and David (Nikki) Teigen of Cañon City, CO; a sister Karen Atencio-Henderson of Cañon City, CO; and several nieces and nephews. A special thank you to Hospice of CNY for providing assistance so he could remain at home. Calling hours will be Monday, June 7th from 5 to 7 pm at B.L. Bush & Sons Funeral Home, 10 Genesee St., Camillus. Services will be Tuesday at 3:30 pm at Fairmount Community Church, UCC, 126 S. Terry Rd., Syracuse. Services can be viewed online at https://www.robinsonelmwood.com Contributions in lieu of flowers may be made to JDRF (Juvenile Diabetes Research Foundation), Upstate Chapter, 1757 Central Ave, Ste. 102. Albany, NY 12205 or online at https://www.jdrf.org/upstateny or Salvation Army, 677 S. Salina St., Syracuse, NY 13202 or online at https://syracuseny.salvationarmy.org/ Please share your condolences at www.BLBUSH.com

Richard W. &#8220;Fuzz&#8221; Teigen, 69, of Camillus peacefully passed away on Saturday at home with his wife and daughter at his side. Born to Henry and Alice (Hurst) Teigen in the Coco Solo Canal Zone, Panama; he grew up in Colorado where... View Obituary & Service Information

The family of Richard W. Teigen created this Life Tributes page to make it easy to share your memories.

Send flowers to the Teigen family.