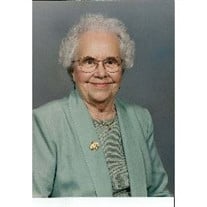 Bianca (Walch) Altman Ulshafer, 98, of Naples, FL and formerly of Camillus died November 6, 2007 in Florida. Born in E. Syracuse, she graduated from Syracuse University. She had a long record of public service, beginning with local and state PTA posts and the presidency of both the West Genesee School Board and the Onondaga County School Boards Association. Gov. Rockefeller appointed her to the Board of Visitors for the Syracuse State School. She guided the Board of Cooperative Educational Services for many years and chaired the Assessment Committee, which urged the creation of Onondaga Community College. In 1960 she was chosen the first “Woman of the Year” by the Camillus Business and Professional Women, and ten years later she received the Distinguished Service Award of the State School Boards Association. She was a charter member of Immanuel United Methodist Church, and in 1963, turned her hand to recruiting more than 1500 members for the new Community General Hospital Auxiliary, remaining Chairman for over 20 years. In 1967 Mrs Ulshafer became the first woman trustee of a savings bank in Central NY when appointed to Skaneateles Savings. Finally, as head of the Camillus Housing Authority, she was instrumental in establishing Applewood Manor Apts., the town’s first subsidized housing for seniors. Pre-deceased by first husband Harold Altman and second husband Merton W. and a stepdaughter Janice Hough. She is survived by daughters Barbara Gmunder (Oskar) and Nancy Baxter, four grandchildren, three step-grandchildren and four great-grandchildren. A memorial service will be 2 pm Saturday, April 12 at Immanuel United Methodist Church, Camillus, NY. Burial will be in Oakwood-Morningside Cemetery, Syracuse. Arrangements by B.L. Bush & Sons Funeral Home, Camillus. Contributions in her memory may be made to: The Bianca A. Ulshafer Memorial Scholarship Fund, c/o West Genesee Central School District, 300 Sanderson Dr, Camillus, NY, 13031. Please sign her guestbook at www.BLBUSH.com

Bianca (Walch) Altman Ulshafer, 98, of Naples, FL and formerly of Camillus died November 6, 2007 in Florida. Born in E. Syracuse, she graduated from Syracuse University. She had a long record of public service, beginning with local and state... View Obituary & Service Information

The family of Bianca (Walch) Altman Ulshafer created this Life Tributes page to make it easy to share your memories.

Send flowers to the Ulshafer family.