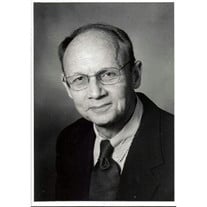 Dr. William H. Schwab, 66, of Norwalk and formerly of Skaneateles died Monday at his home, surrounded by his wife and two children, following a long battle with cancer. He was President of Norwalk Community College for 21 years. He was born January 25, 1938 in the small coal mining town of Patton, PA. He is the son of the late Frank J. and Marion Hamilton Schwab. Dr. Schwab earned his bachelor’s and master’s degrees from Pennsylvania State University and a PhD in higher education administration from Syracuse University. Pursuing his interest in higher education management, he attended summer institutes on college leadership at Harvard University and Carnegie-Mellon University. In 1994 as a Fulbright Senior Scholar, he participated in a summer program for higher education administrators in the Federal Republic of Germany. He was a Visiting Professor for Higher Education at Columbia University in New York City and served as Vice President and Executive Dean/Dean of Instruction at Cayuga Community College in Auburn, New York. Dr. Schwab was chairman of the Connecticut Council of Community College Presidents, a board member of the Center for Teaching for the faculty of Connecticut’s 12 Community Colleges, he served as chair of the Connecticut Community Task Force on Technology and was a member of the State of Connecticut’s 21st Century Action Plan Commission and the New England Board of Higher Education. Deeply committed to the communities NCC serves, Dr. Schwab was involved with the Chamber of Commerce and the Community Council of Greater Norwalk, The Maritime Aquarium at Norwalk, the YMCA Board, the Stamford Enterprise Zone Task Team, the Electronic Community Steering Committee of Southwestern Fairfield County, and the Norwalk High School Council. He is predeceased by his brother, James. Dr. Schwab is survived by his wife, Carolyn, his son, Mark of Skaneateles, daughter Mindy Denton of Danbury, CT, his sisters, Marshall Garrett and Betsy Willcox, and his brother, Frank. Dr. Schwab is the proud grandfather of Mark and his wife Misty’s sons, Nate and Carson, and Mindy and husband D.J.’s son, Jared, and daughter, Lydia. The family will receive friends at Collins Funeral Home, 92 East Avenue, Norwalk on Friday, September 10, 2004 from 5:00 p.m. to 9:00 p.m. A funeral service will take place at 11:00 AM on Saturday, September 11, 2004 at Norwalk United Methodist Church, 718 West Avenue, Norwalk. Private burial in Lakeview Cemetery, Skaneateles his home of 20 years. In lieu of flowers, contributions may be made to NCC Foundation, Inc., in care of the Schwab Chair and Technology Fund, 188 Richards Avenue, Norwalk, CT 06854-1655. Local arrangements by B.L. Bush & Sons Funeral Home.

Dr. William H. Schwab, 66, of Norwalk and formerly of Skaneateles died Monday at his home, surrounded by his wife and two children, following a long battle with cancer. He was President of Norwalk Community College for 21 years. He was born... View Obituary & Service Information

The family of Dr. William H. Schwab created this Life Tributes page to make it easy to share your memories.

Dr. William H. Schwab, 66, of Norwalk and formerly of Skaneateles...

Send flowers to the Schwab family.