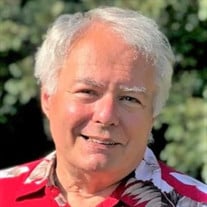 Edward “Chip” Spinks, of Camillus, NY, age 74, passed away at home on October 16, 2021 surrounded by his loving family after a valiant battle with kidney cancer. Chip was born May 30, 1947 in Syracuse, NY. He attended Central Technical High School, Onondaga Community College and graduated from SUNY Oswego. Chip worked his way through college as a sales associate for E.W. Edwards & Son where he won a scholarship to OCC and SUNY Oswego, and then became a buyer for E.W. Edwards and Son after graduation. He went on to become a claims investigator for Prudential Property and Casualty Ins., retiring from Prudential after 25 years, and then worked at Auto One and Liberty Mutual Insurance where he retired in 2008. Chip joined the Taunton Volunteer Fire Department in 1983 and held various positions prior to retirement including President, Foreman, Lieutenant, and Treasurer. Chip also volunteered with the Daisy Mountain Fire Department as part of the Citizen Corps while living in Arizona for 6 years (2010 – 2016). The fire department is and was his absolute passion, and he found a true brotherhood with the Taunton Volunteer Fire Dept. The family would like to express their gratitude for the TVFD’s support and assistance throughout the years, and the Camillus FD in the last month of Chip’s life. Everyone who knew Chip knew him as a funny, big-hearted man who appreciated nature, music, spirited debates (always playing ‘devil’s advocate’), and history, with WWII being his passion. He especially enjoyed spending time with his family, including his 10 grandchildren. Whether you called him Chip, Uncle Chip, Chipper, Poppy, Poppy-jean, Carnac, T-Rex or Dad, he was one-of-a-kind and will be deeply missed. Chip was predeceased by his parents Welton and Louise (MacGowan) Spinks, his brother Lee Spinks and his sister Patricia (Gary) Conley. Chip is survived by his loving wife of 52 years, Jean (Bolger) Spinks, his daughter (his “Princess”) Danielle (David) Caryl; his sons Mark Spinks, Brian Spinks and Aaron (Lindsay) Spinks; 10 grandchildren: Kathryn, Kelsey, Adelyn, Ella, Katalina, Emily, Lee’ah, Ava, Isaac, and Jordan; his sister-in-law Joan (John) Nardozzi, along with many nieces, nephews, grand-nieces, grand-nephews and cousins. Calling hours are Wednesday, October 20th from 5 to 7 pm at B.L. Bush and Sons Funeral Home, 10 Genesee, Camillus. Services will be private In lieu of flowers, the family requests donations be made to the Taunton Volunteer Fire Dept, 4300 Onondaga Blvd, Syracuse, NY 13219. Please sign his guestbook www.BLBUSH.com

The family of Edward "Chip" Spinks created this Life Tributes page to make it easy to share your memories.