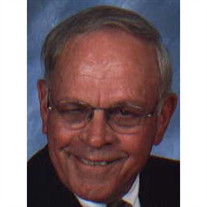 George H. Balfour, Jr., 75, of Camillus passed away Wednesday at Francis House surrounded by his family. Born in Watertown, he graduated from Clarkson University with a BS in Business Administration in 1954 and later served in the US Army. George was a 50 year Mason belonging in Watertown, Camillus and Marcellus. He served as treasurer of Morning Star Lodge #524 F&AM in Marcellus. He was member of Central City Chapter #70 of Royal Arch Masons and #25 Knights Templar. He was a 50-year member of Shriners joining in Media Shrine in Watertown and was Past Potentate and Treasurer of Tigris Shrine. He is a permanent contributor of Shriner's Hospitals for Children and member of Syracuse Court #79 Royal Order of Jesters as well member and past president of Onondaga Hill Masonic Club and Masonic Veteran's Association of CNY. George was also a past president and treasurer of New York-Ontario Shrine Association. He was involved in Shrine Golf and Shrine-Mason Bowling Leagues. George was past president and treasurer of Institute of Management Accountants. George was an active member, usher and former Vestry member of St. Luke’s Episcopal Church. He liked to travel, play golf and most importantly spend time with his family. Surviving are his wife of 49 years Joanne Rantanen; three daughters Elizabeth A. Balfour of Manlius, Mary J. Balfour of Ithaca, Gwen E. (Peter) Crossett of Fayetteville; a sister Mary Bachner of Dryden; loving grandfather to 14 grandchildren, Laura, Christina, Michele, Elizabeth, Diana, Elaine and Louise, Alexandra, Violet, Andris, Britta, Peter, Michael and Melissa; two nieces and a nephew; his brother-in-laws John (Marion) Rantanen of Ithaca and Edward (Patricia) Rantanen of Binghamton. Services are 11:30 am Saturday at St. Luke’s Episcopal Church, 5402 West Genesee St., Camillus with Rev. Craig Swan officiating. Calling hours are 4 to 7 pm Friday at B.L. Bush & Sons, 10 Genesee St. in the village of Camillus with a Masonic Service to follow. Private burial in Brookside Cemetery, Watertown. Contributions may be made to Shriner's Hospitals for Children, 516 Carew St, Springfield, MA 01104 Please sign his guestbook at www.BLBUSH.com

George H. Balfour, Jr., 75, of Camillus passed away Wednesday at Francis House surrounded by his family. Born in Watertown, he graduated from Clarkson University with a BS in Business Administration in 1954 and later served in the US Army. George... View Obituary & Service Information

The family of George H. Balfour created this Life Tributes page to make it easy to share your memories.

Send flowers to the Balfour family.